I wanted was to give my students an opportunity to create a glazed clay project so amazing that it became an instant family heirloom tenderly and lovingly passed down from generation to generation.

I never jump into a project without fairly substantial research, which is why this blog represents not only the time we spend making our art projects, but the many hidden hours I spend researching and testing the projects before we make them.

Once I discovered the deceptively seductive “melted glass marbles in clay” projects (and they are legion), I researched as much as I could find. Unfortunately, there’s a lot more posted on results than on process online.

I finally settled on putting our twist on the lesson from The Art Lady Channel, since it had the most instructions throughout every step plus technical kiln firing instructions. 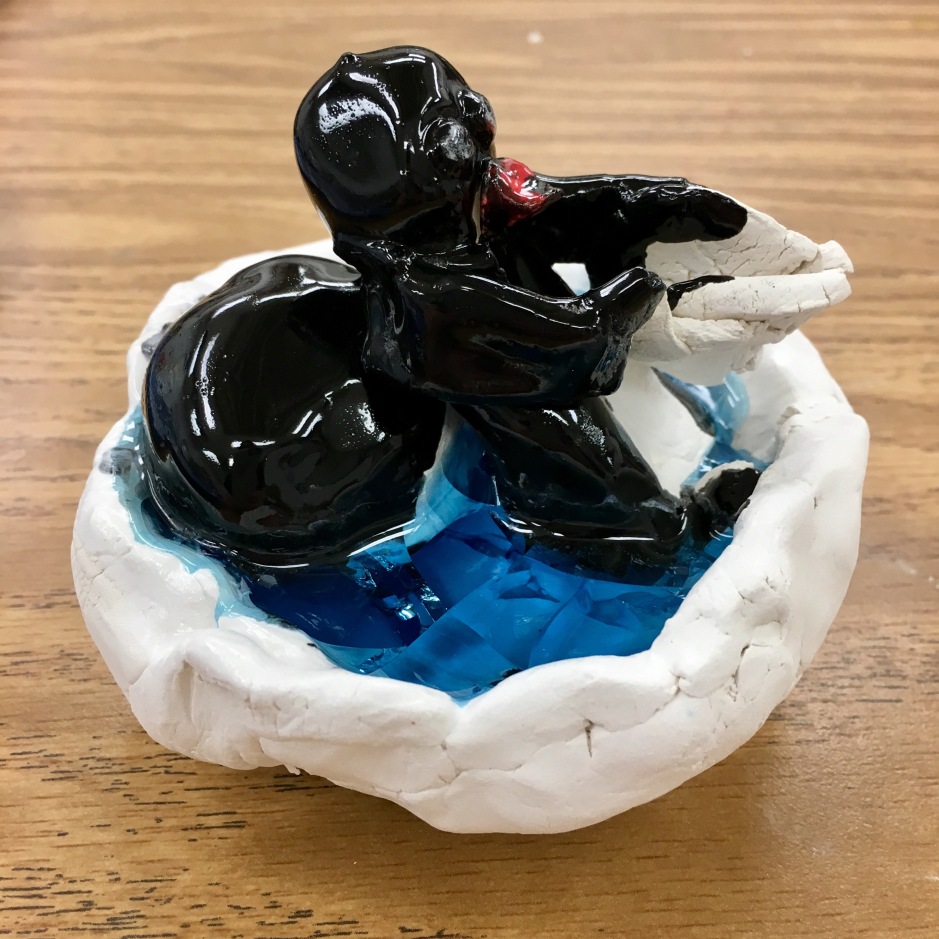 I was worried about ruining my shelves with errant liquified marbles that somehow spilled out onto the precious kiln shelving. Luckily, that fear didn’t materialize. I was very careful, but having never tried this before, you never know. 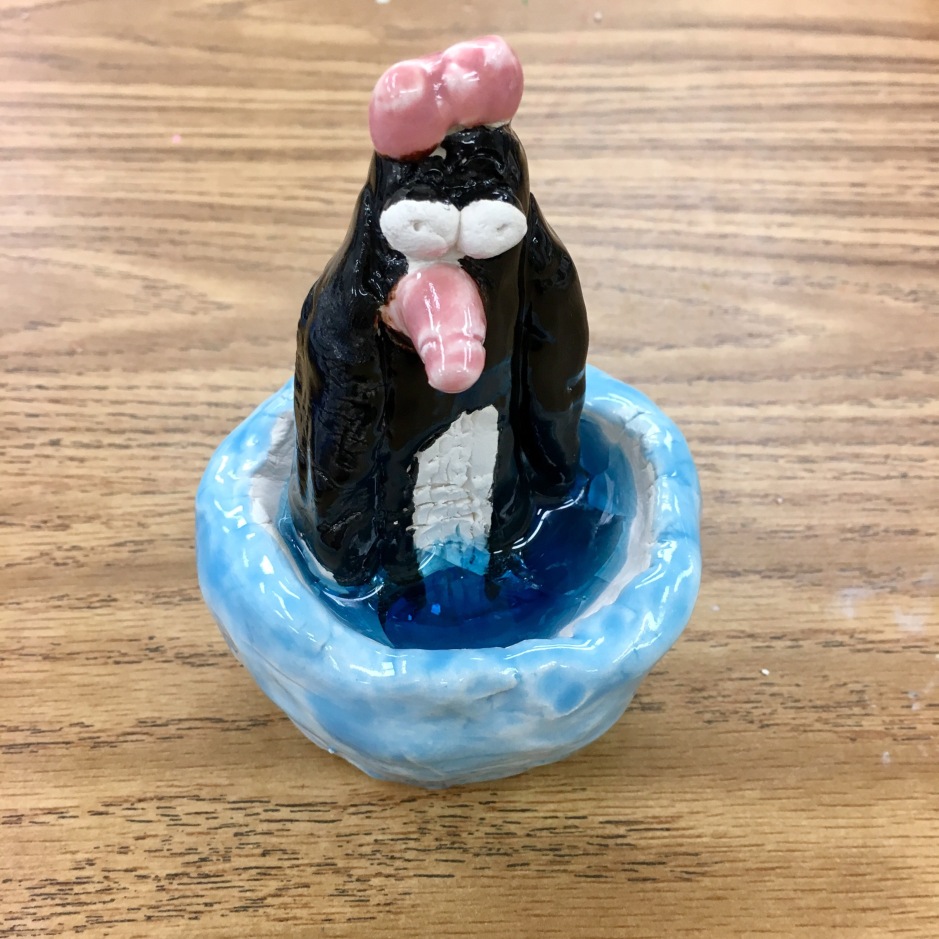 We practiced making our penguins out of modeling clay as we watched her video as a class. I would pause it periodically, and we would help each other until we all had a penguin we were happy with. 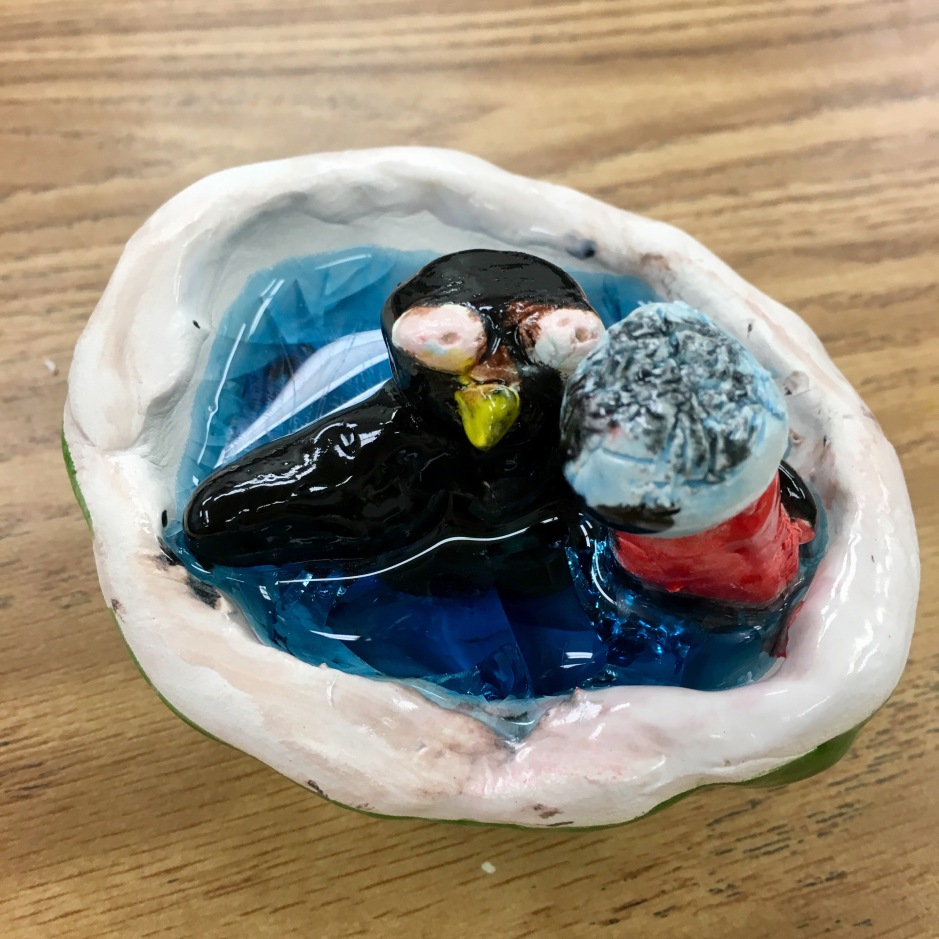 The next week, we made our own penguins out of stoneware clay – the real deal. We made the penguins and added personality to our penguins (jet packs, hats, books, iPads, microphones for singing penguins, cleaning supplies, ukeleles, hair bows, ice cream cones for penguins with a sweet tooth, a bucket for money for the penguin to buy a Bugatti, etc.) 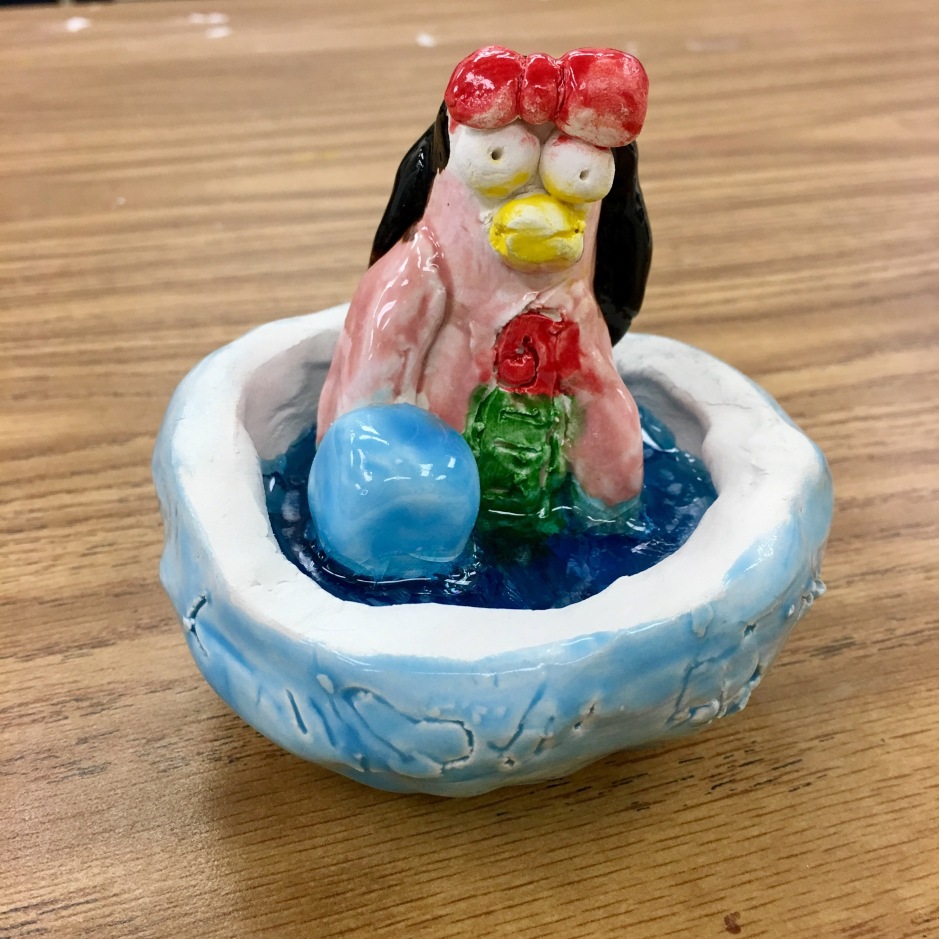 The first firing showed several bare spots in the penguins’ ice floes. That told me that I needed to add more marbles to it, plus the glass cracked (crazed) in almost all of the watery surfaces, so both of those pointed to re-firing. 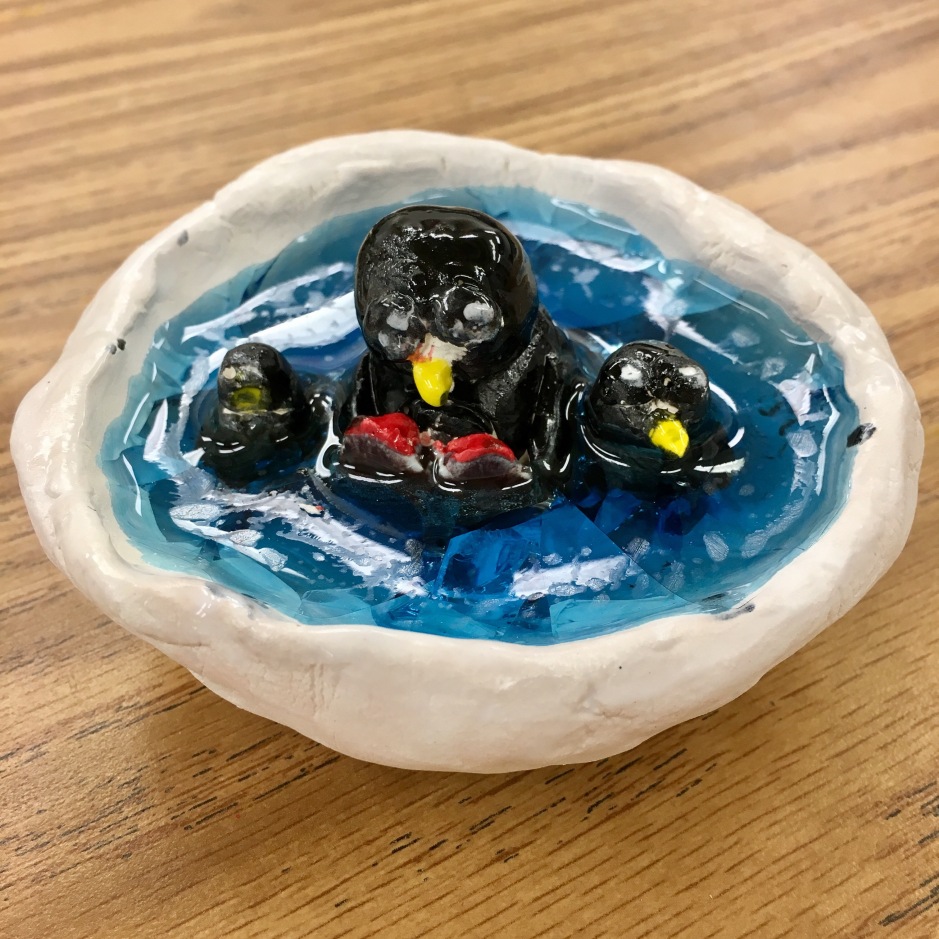 I added more marbles to their penguins and changed the glaze firing setting from fast (which I had used exclusively on every single glaze firing I’ve run before) to slow. My theory was that by slowing the glaze firing process way down, I could almost eliminate the melted marbles from cracking. I not only slowed it down (requiring a 7:30 am to 7:30 pm firing!), but after that mega marathon firing session, I refused to open up the kiln until the electronic gauge read the same temperature as my room thermostat. This was hard since I was dying to see how they looked after the 2nd firing. 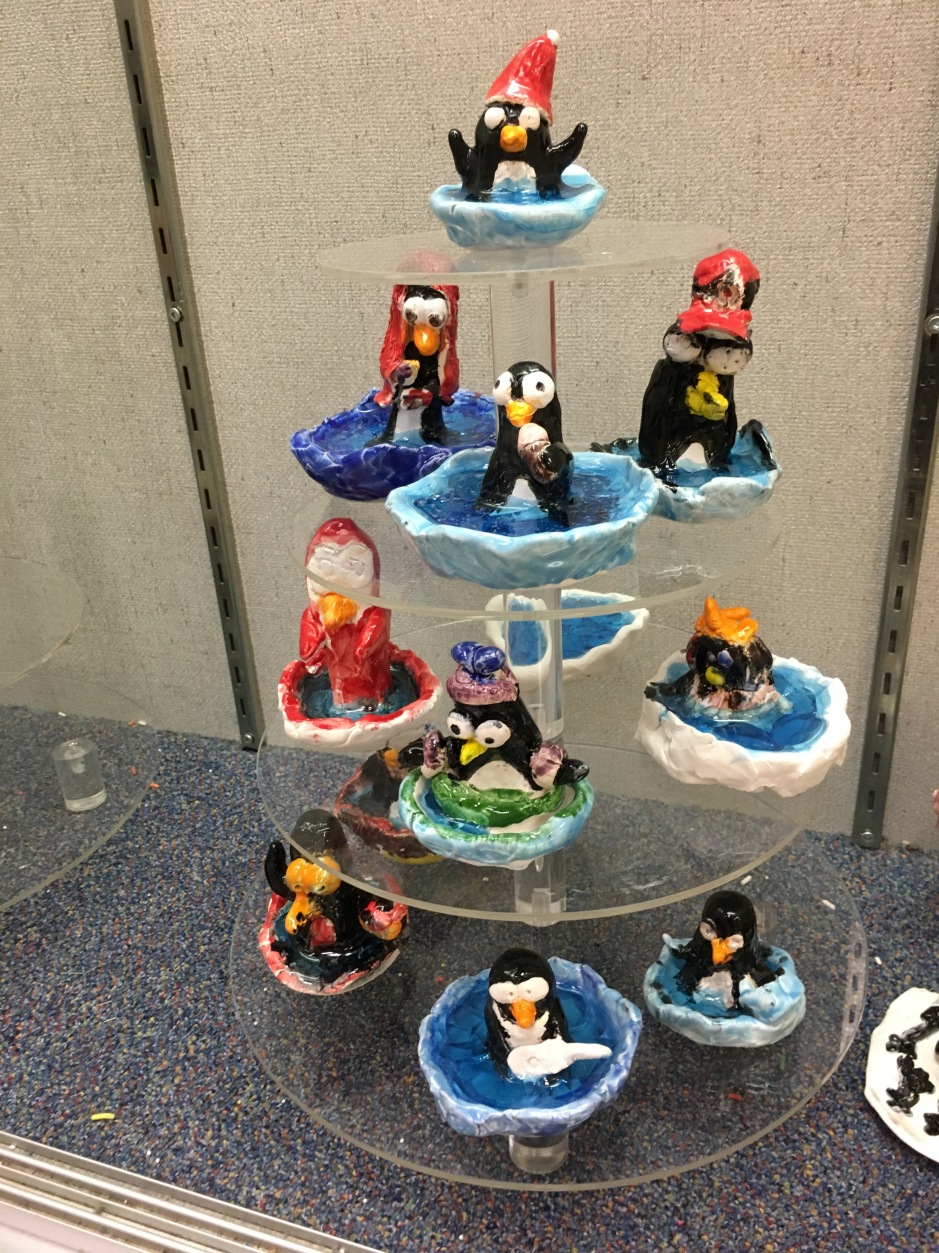 Finally, the time had come. I held my breath and expectantly opened my kiln. I spied several projects I fell in love with – yay! But a few days later, I found a very strongly worded blog post cautioning against firing glass (marbles or pebbles) along with glaze on your clay projects. It basically said that if you’re not using the really expensive glass or if you are but you’re also using it with glaze, you’re asking for trouble. All I’m asking for is the precious multi-generational heirloom, not trouble. Sigh. The silver lining is that you can melt the glass marbles separately and then skip the glaze, using paint and a shiny coating instead.

So, this is the first and last time I’ll make clay with my classes using glass marbles or pebbles plus glaze. Bummer since they’re so adorable! Enjoy (safely) 😀

Here are some pre-glaze pics, moving backwards in chronology. I added more marbles to almost all of these after I took these pics and fired them the 1st time. 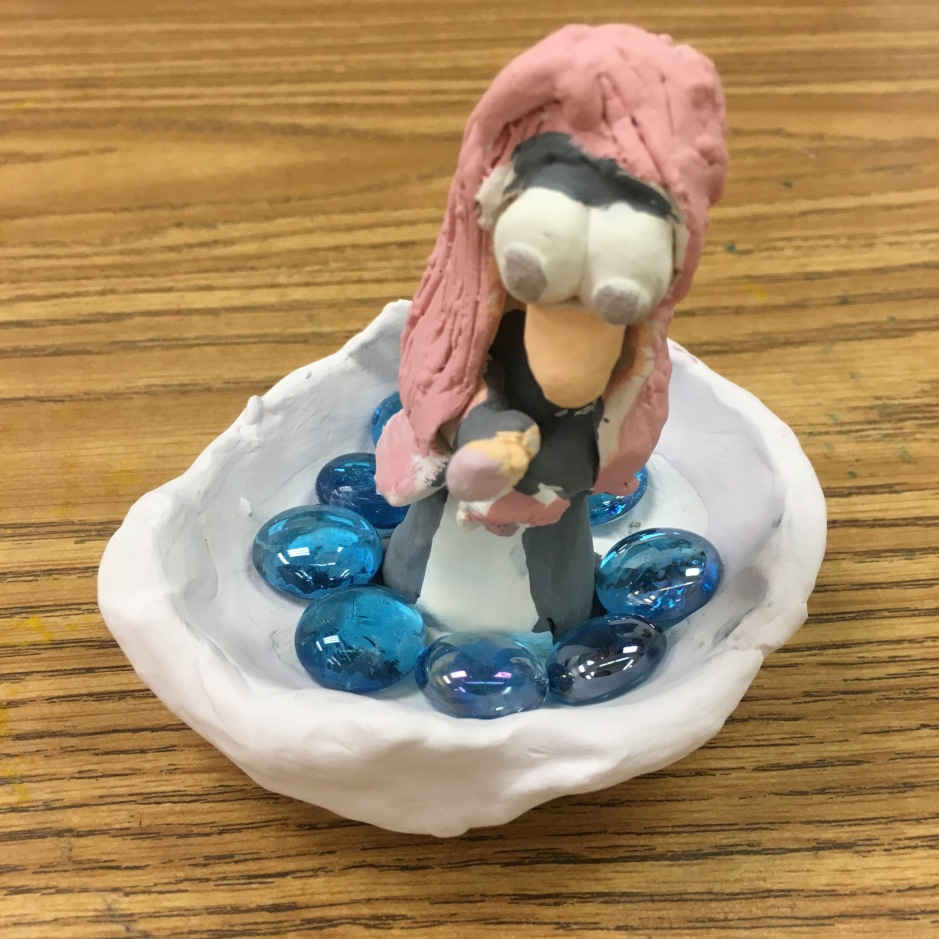 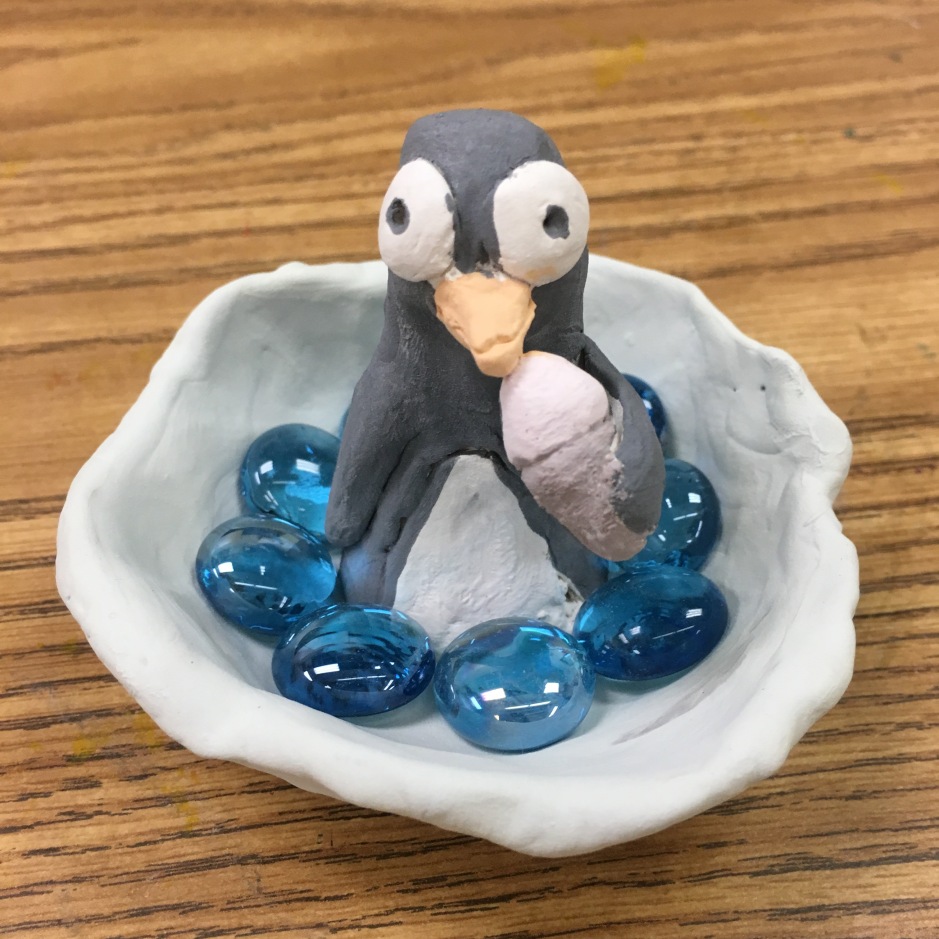 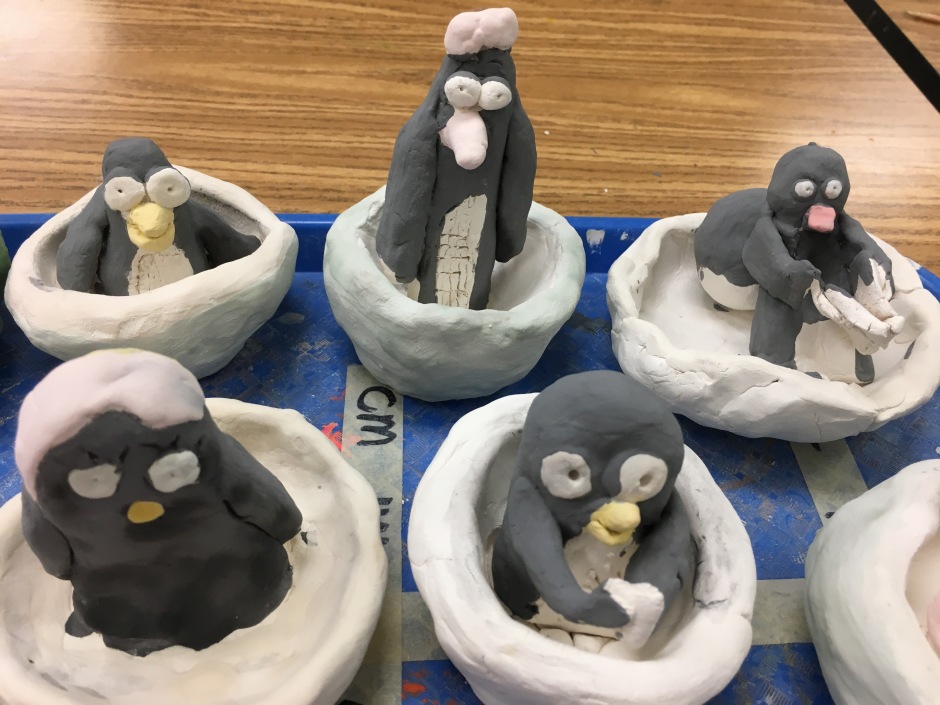 Waaay too many marbles in a narrow space, they probably would have melted on my kiln shelves if I didn’t take a few out before I fired 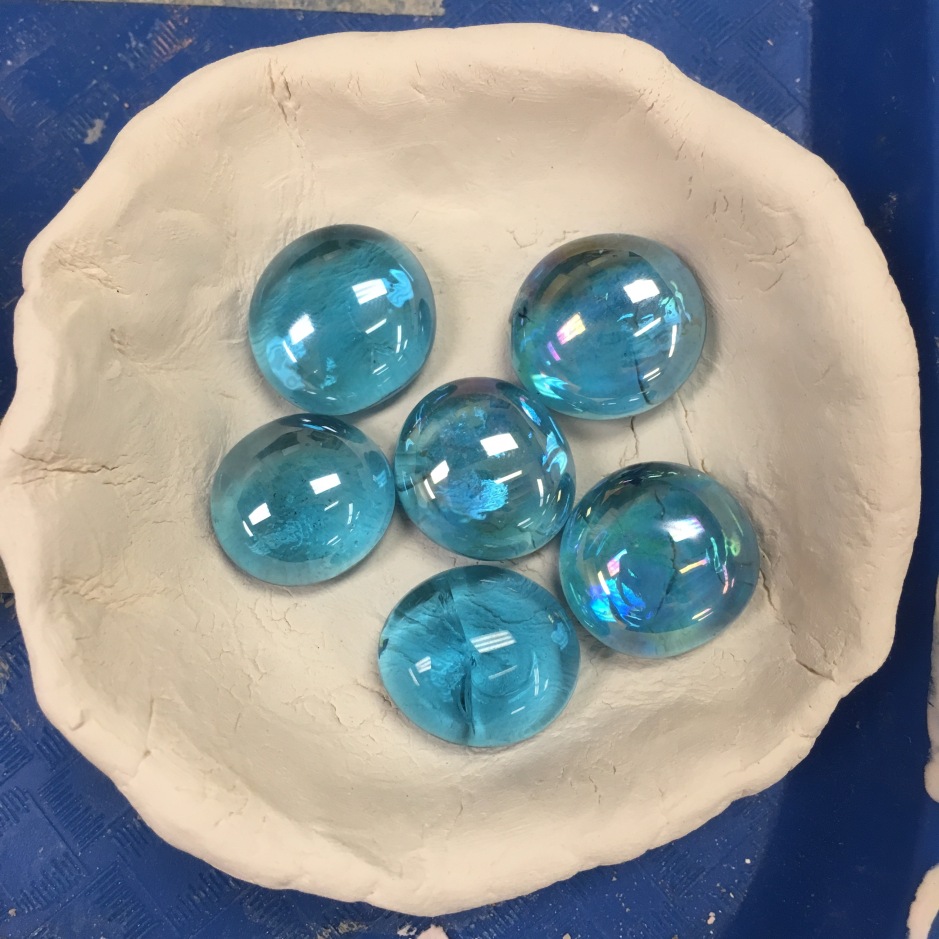 Needs more marbles, the base still had bare spots after it was fired 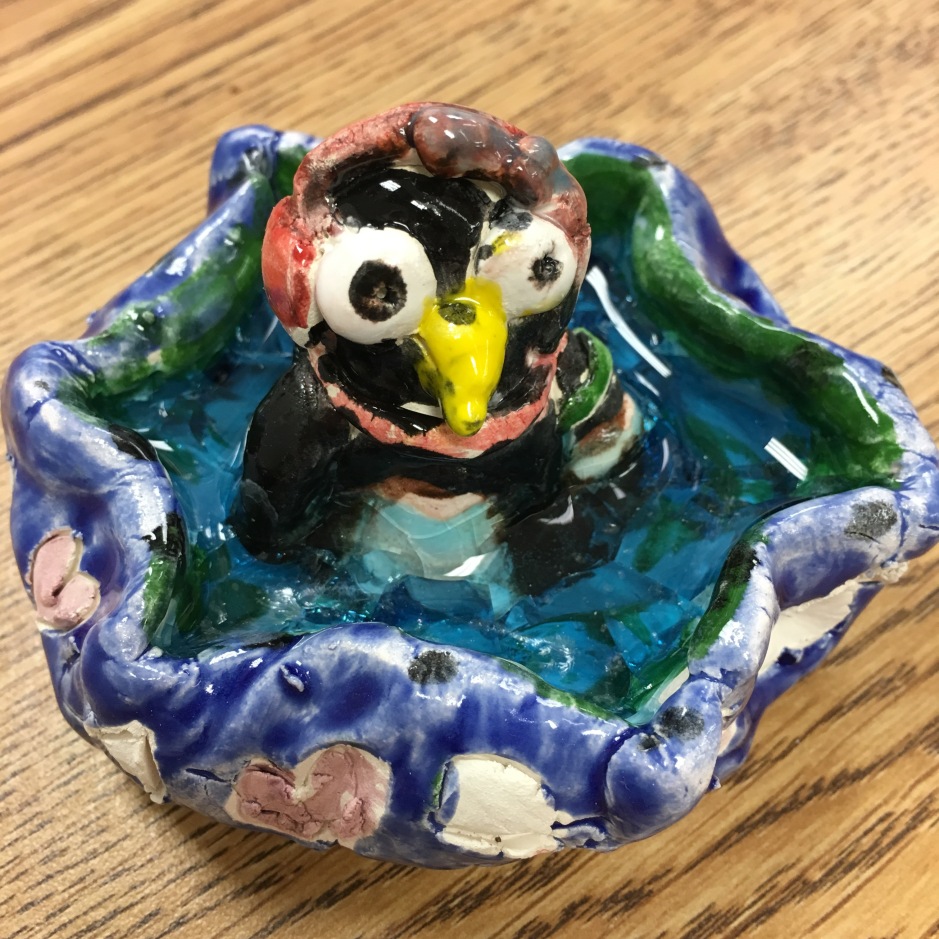