As an adult, one of my favorite things to do is find a book that I can’t put down and binge read it. Amazon, Target, and Wal-Mart are my book suppliers now, but not so back in the day.

When I was in elementary school, I read the Scholastic book order flyer cover to cover. I would wait many tortuous days for the book order to arrive (and apologies for pestering my elementary teachers I asked almost every day if the book order arrived yet.)

Then, the book order finally was passed out and I could take home my sparkling new books. The one book I would get every year would be that year’s Guinness Book of World Records. I was captivated with the pictures and information about longest fingernails in the world, most overweight cat, largest pizza, and other strange fascinations. 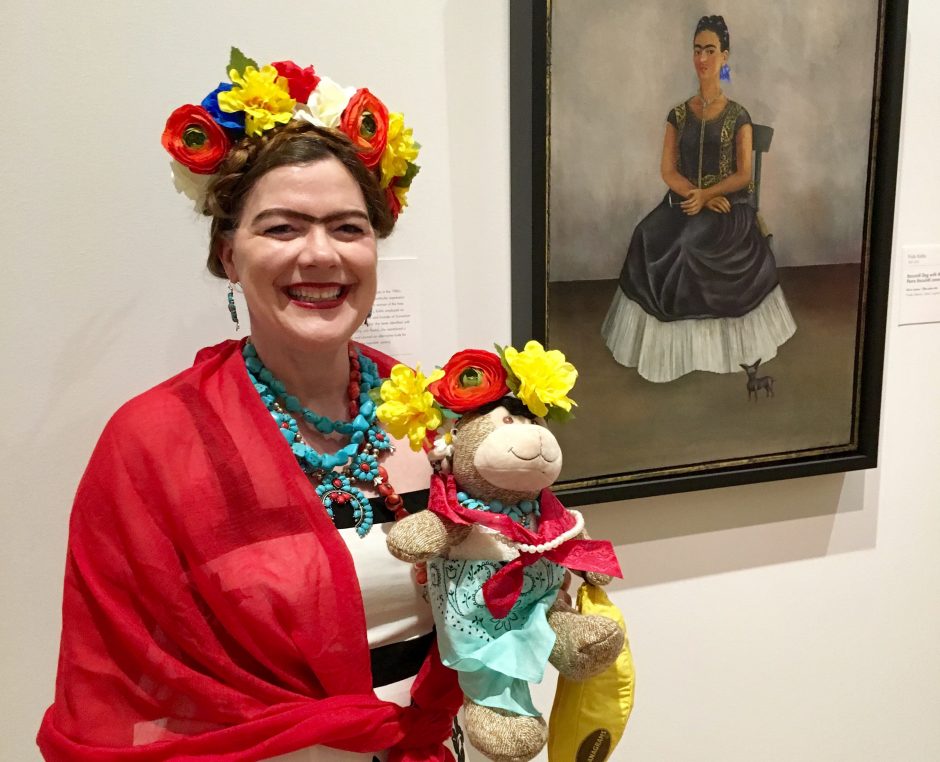 Fast-forward a couple or more decades, and I’m still a big reader but now am also a wife, mom, artist, and art teacher. And my childhood fascination about world records has abided in me…  I had been teaching art for a few years when I started hearing about something incredible at the Dallas Museum of Art.

I saw the Dallas Museum of Art post where they were going to be celebrating what would have been Frida Kahlo‘s 110th birthday with a Mexico 1900 – 1950 art exhibit (yay!) and  punctuating it by attempting to set a Guiness World Record at the museum for most Frida Kahlo lookalikes at one time. Art exhibit and getting together with other Frida Kahlo fans for an artsy world record? I’m in.

So on July 6, 2017 my good friend, truly gifted artist, and partner in crime Megan and I went to the DMA’s Frida Fest together. We were dressed in our colorful, carefully selected Frida outfits as spelled out very specifically by the Guiness World Records officials.

We got to the museum early afternoon and saw the Mexico art show. It was amazing, and my favorite part of the show was seeing her 1939 painting The Two Fridas. It was a fun experience to be part of the show in costume, too. After we saw the show, we hung out at one of the few tables in the DMA’s cafe area/atrium. A trickle of Fridas arriving steadily into the DMA turned into a steady stream of Fridas, and then it was a flood that kept on coming – Fridas everywhere you looked. They brought such an excitement with them, and I was thrilled to be a part of something so electric, exciting, and hopefully historic.

I’ve never seen the museum so packed, ever. I loved that it seemed like every woman, child, and man in driving or flying distance suited up to join in the fun. 3 other friends were there too, so I caught up with them as the night went on.The event organizers had estimated around 200 Fridas but didn’t anticipate a frenetic Frida Explosion to go off with around 5000 Fridas all filling the DMA to capacity. They guided us from the back of the museum to the front of the museum in a very crowded, roped off line. Then the legion of Fridas were unleashed on the lawn in the Ross Avenue Plaza to congregate and attempt to set the record. (Spoiler – the Frida record was officially set that night.) 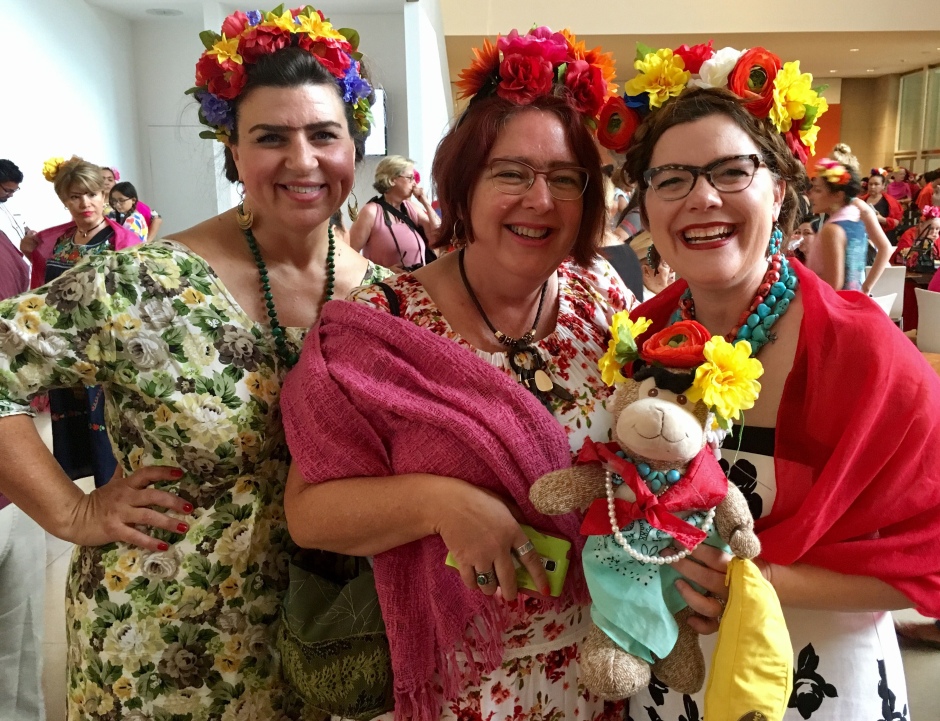 For one day, being surrounded by people who loved Frida and her work and wanted to honor her in a fun way was magical. We stayed from early afternoon until after the sun went down. We even crashed Ana Cruz’s TV Azteca broadcast at the very end of the night. Happy 110th birthday, Frida!

“I used to think I was the strangest person in the world but then I thought there are so many people in the world, there must be someone just like me who feels bizarre and flawed in the same ways I do. I would imagine her, and imagine that she must be out there thinking of me, too.

Well, I hope that if you are out there and read this and know that, yes, it’s true I’m here, and I’m just as strange as you.” – Frida Kahlo 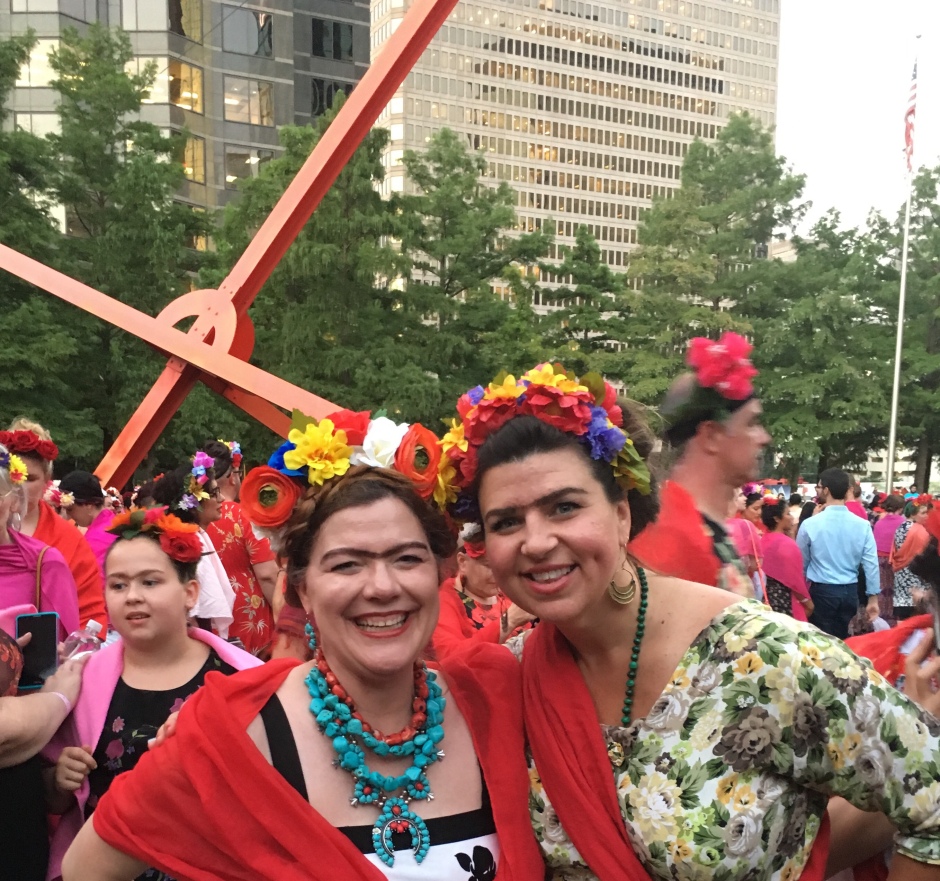 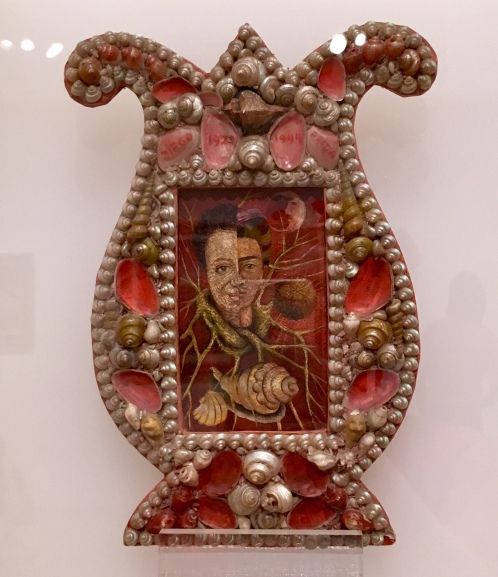 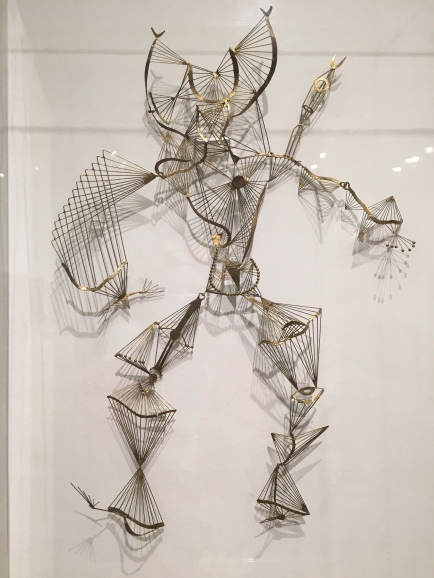 Missed the DMA FridaFest but want to get a feel for it? Take a look.

(Bonus: our table that we shared with our new friends is in slide 13 but only one person of our table of 4 made it in the shot.)